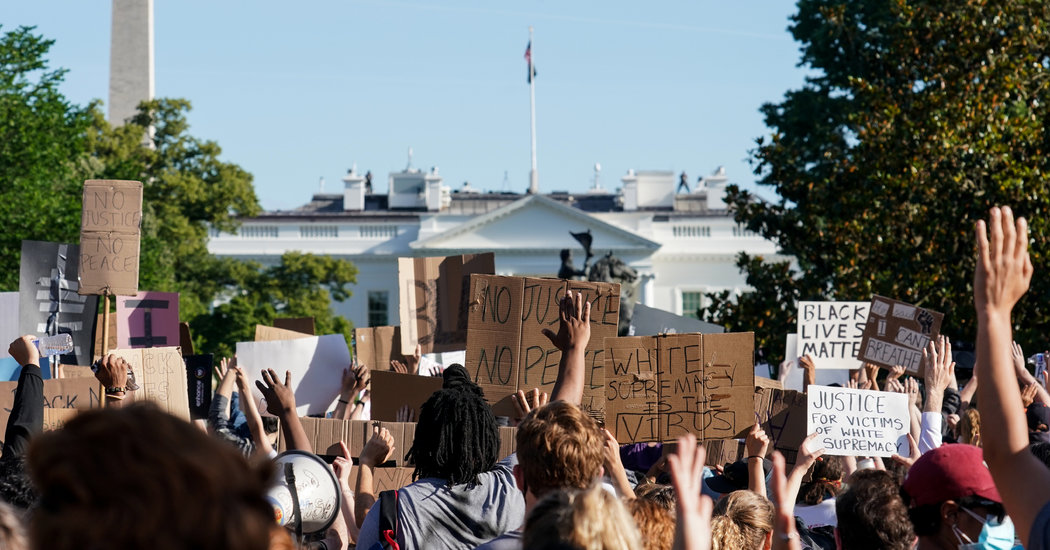 A man in Washington, D.C., is being widely praised after he took in more than 70 protesters who were being pursued by police officers with pepper spray after breaking curfew on Monday night.

The demonstrators were protesting the death of George Floyd, a 46-year-old African-American man who died last week after a white Minneapolis police officer pinned him to the ground by the neck. Mr. Floyd’s death, which a private autopsy commissioned by his family concluded was a homicide, has ignited protests in several cities across the United States, including in Washington, where Mayor Muriel E. Bowser had issued a 7 p.m. curfew for Monday and Tuesday.

Rahul Dubey, 44, described the chaotic moments just before 9:30 p.m. when he opened the door of his Swann Street home, near Dupont Circle, to scrambling protesters.

“As soon as I heard the flash bang and the thudding of shields, I swung open my door,” Mr. Dubey, who works in health care, said on Tuesday, adding that he called for people to come in. A “tsunami” of demonstrators came barreling through his front door seeking shelter, he said, and protesters began scattering to all three floors of his home.

“They were trying three and four to get through the little doorway,” he said. Protesters were screaming and police were chasing after them, spraying pepper spray at the backs of their heads.

“The first hour and half that everyone was in here was pure mayhem,” Mr. Dubey said. “It was pure terror.”

Allison Lane, a protester who documented the night on Twitter, said on Tuesday that people inside Mr. Dubey’s home were coughing and doing whatever they could to ease one another’s pain. Some people had brought homemade eyewash solutions, said Ms. Lane, who had cuts and bruises on her arm.

People eventually began to calm down and started working together to help, she said.

“Rahul is very calm at this point,” said Ms. Lane, 34, who lives in Washington and works as a bartender. “A lot of those kids were younger. I think the youngest person in the house was maybe 16. Rahul just gave him ice cream sandwiches. It was really comforting.”

Throughout the night, the police made several attempts to get inside, including sending “fake protesters” to the door to try to gain access, Ms. Lane said.

The police repeatedly tried to persuade Mr. Dubey to make the protesters leave, she added, but “Rahul was not having it.”

Chief Peter Newsham of the Metropolitan Police Department said at a news conference on Wednesday that after the curfew went into effect, officers were monitoring a group on Swann Street that was acting in a way consistent with “the behavior that preceded very violent events” in Washington the previous two nights.

In all, there were 194 arrests on Swann Street on Monday, and there were reports of people kicking in doors on the block, Chief Newsham said. “Believing that there were burglaries occurring and that residences were being entered, the police did deploy pepper spray,” he said, adding that the officers’ use of the spray would be investigated, as would allegations of excessive force. He also confirmed that at least one officer had multiple conversations with Mr. Dubey through a window of his home.

Mr. Dubey organized for pizza to be delivered, and the group received pizza donations from at least one neighbor.

Over the course of the night the protesters, whom Mr. Dubey described as a mix of all ages, races and sexual orientations, talked extensively with one another. “They were talking about where they had been that night, where they were peacefully protesting,” said Mr. Dubey, who is of Indian descent. “It was just beautiful.”

The houseguests offered to help clean up and offered to send him money, Mr. Dubey said, but he refused. “We made up a rule about 3 a.m. that no one is allowed to say ‘thank you’ anymore because I was getting tired of it,” he said.

It wasn’t until several hours after he let the protesters in that Mr. Dubey remembered the extraordinary night was taking place amid a pandemic, he said. The fear of the coronavirus “became secondary” to “the brutality that the authorities were inflicting upon some of the guests in my home, now friends and new extended family members.”

By 6 a.m., the protesters had organized a caravan of escorts so everyone could get home safely, Ms. Lane said.

Video on social media of Mr. Dubey on the steps of his home on Tuesday morning showed him receiving a round of applause from protesters and onlookers.

“It’s not something that should be celebrated,” Mr. Dubey said. “I shouldn’t be getting attention.”

Asked whether he would do it all over again, Mr. Dubey said of course.

“I don’t think what I did was anything special,” he said. “If it is, we have a ton of work to do in this country.” 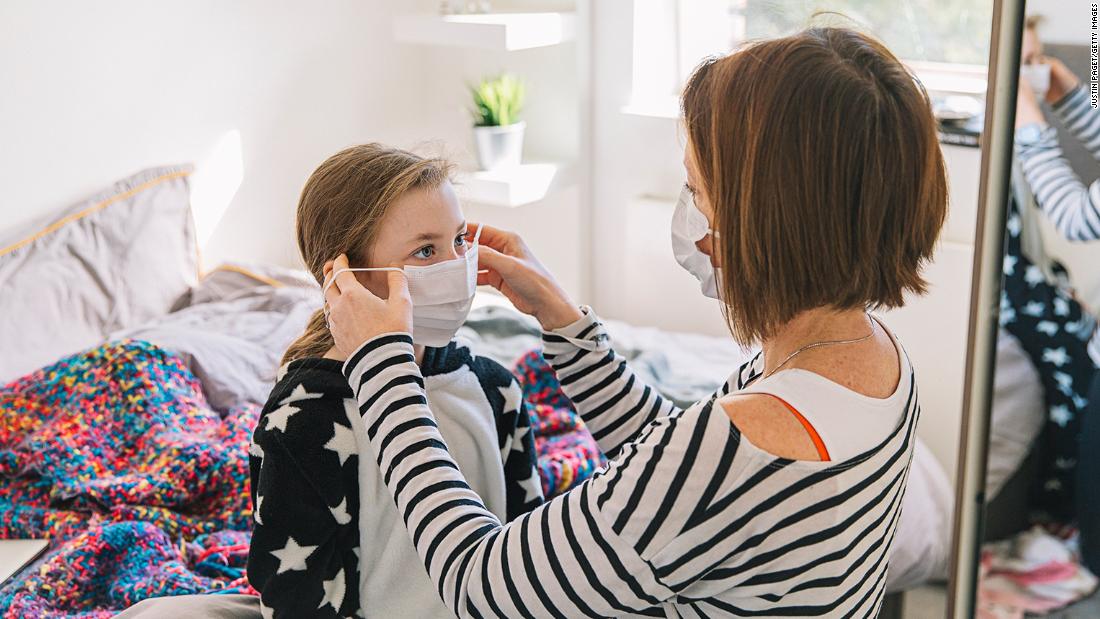 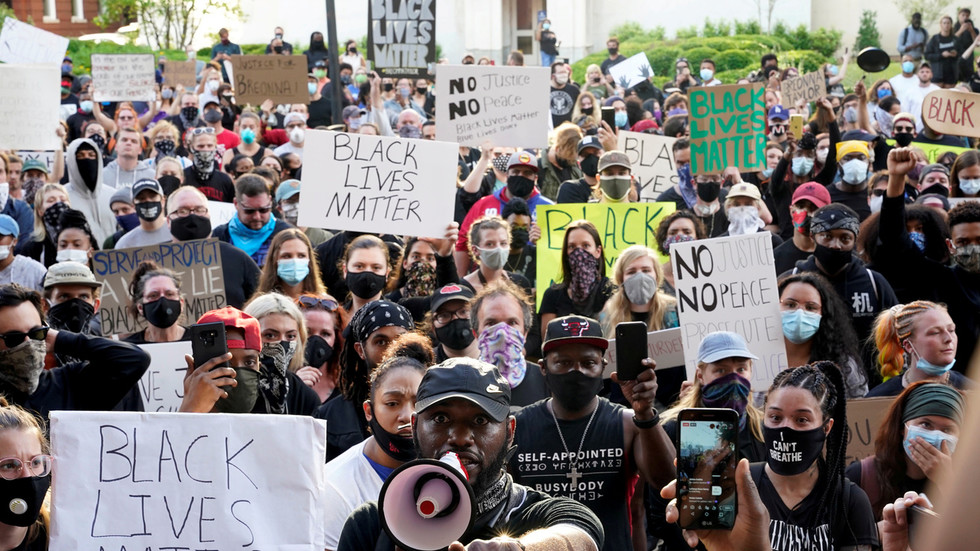 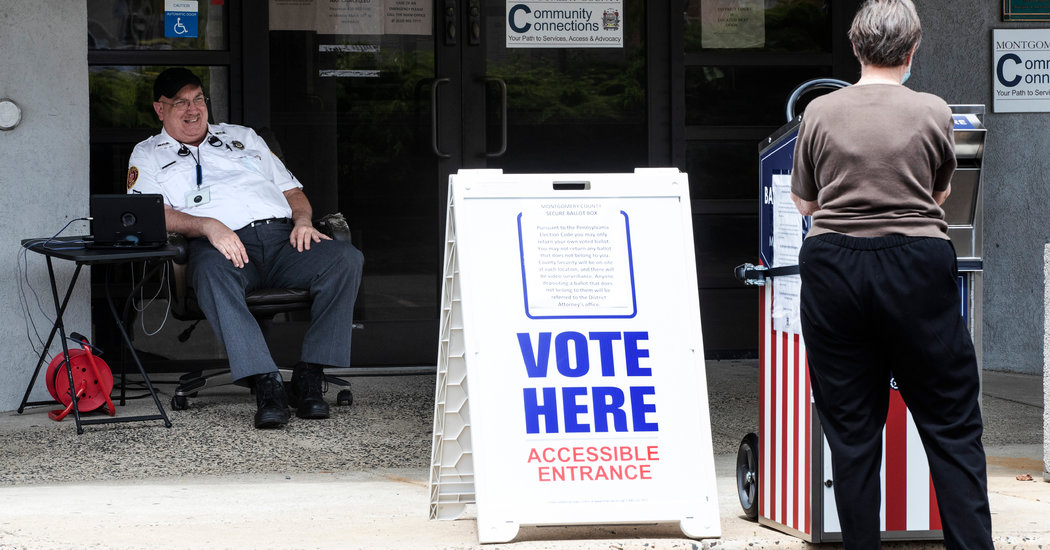 What Pennsylvania’s ‘Dry Run’ Election Could Reveal About November