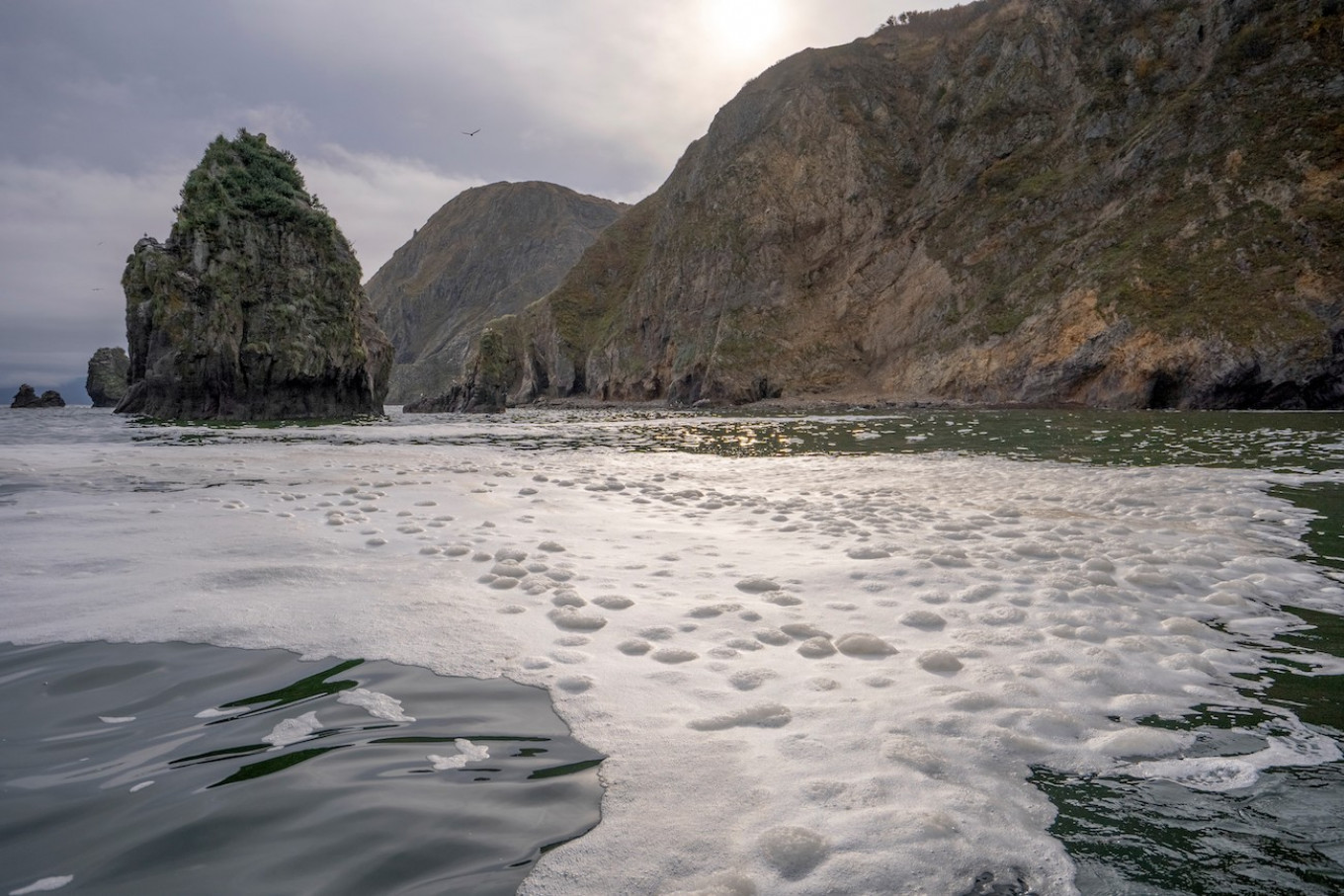 Around the same time as an unexplained event wiped out 95% of sea-dwelling life off the coast of Russia’s Far Eastern Kamchatka peninsula earlier this month, a yellow foam covered an area of water so large it could be seen from space.

That’s the clue prompting some of Russia’s leading marine biologists to blame the catastrophe on a harmful algae bloom — a rapid growth of naturally occurring algae that can produce toxins lethal for marine life and even humans.

“From my point of view, in this case, the version of harmful algal bloom looks more reliable than chemical pollution,” Yulia Polyak, a senior scientist at the Scientific Research Center for Ecological Safety at the Russian Academy of Sciences in St. Petersburg, told The Moscow Times.

Over a week after locals grabbed national attention by posting shocking images of dead marine animals on Khalaktyrsky Beach on Russia’s Pacific Coast, experts are still trying to pinpoint the cause of the mysterious mass die-off.

Scientists have ruled out a volcano-related earthquake, while Kamchatka region governor Vladimir Solodov has rejected a popular explanation that it could have been caused by rocket fuel leaking into the water from a nearby military base. On Monday he said a laboratory in Moscow did not find the chemical unsymmetrical dimethylhydrazine in the water, which would have been present if there had been spillage.

Solodov has nonetheless said he believes the most likely explanation is a spill of some sort of man-made toxin. Tests have shown petroleum levels four times higher than usual and phenol levels 2.5 times above the norm. On Wednesday, Russia’s Investigative Committee opened a criminal case linking the pollution to the disaster.

Those levels of petroleum products in the water, though, “are unlikely to lead to such catastrophic consequences,” said Polyak, who believes investigators should be testing the water and the dead animals for “microalgae toxins.”

On Thursday, Russia’s Federal Service for Supervision of Natural Resources said it had not found any toxic substances in the water.

Russia’s meteorological service Roshydromet for the Ministry of Natural Resources said in a report on the disaster seen by the VTimes news website that “even a sharp release of some metal from an unknown source would hardly cause poisoning over such a vast area.”

The document, according to VTimes, also mentions harmful algae blooms, noting that one in the same area in the 1980s led to a mass die-off of fish.

“A feature of this cause of death is the almost unlimited affected water area, since phytoplankton blooms can cover very large areas,” the report says.

Another clue, Polyak said, may be the symptoms that local surfers began reporting in mid-September before the dead animals started turning up on shore, including burns to the eyes, scratchy throats and nausea.

According to the U.S.’ Centers for Disease Control and Prevention, symptoms in humans exposed to harmful algae blooms include skin, eye, nose or throat irritation; stomach pain; headaches; neurological symptoms such as muscle twitches; vomiting; and diarrhea.

That Russian authorities are looking so thoroughly at what took place is a credit to the surfers who first reported those symptoms.

When dead crabs, fish, octopuses and sea urchins, among other marine animals, began washing up on shore late last month, they called for governor Solodov to respond.

Not all government bodies took the problem seriously at first.

Kamchatka’s Ministry of Natural Resources and Ecology responded with a video of its own captioned: “The color of the water is normal, the smell of the air is regular, the beach is absolutely clean.”

In response, local surfer Anton Morozov sent a message and photos of the dead marine life to popular blogger Yury Dud, who posted it to his nearly 4.5 million followers on Instagram.


Is Russia Finally Waking Up to Climate Change?

“A month has already passed,” Morovov wrote in the message. “There was no reaction to prevent the disaster and save the situation.”

Solodov has since revved into action, inviting journalists and locals to regular updates and discussions, said Katya Dyba, 30, who works at the local Snowave Surf School and helped bring the disaster to national attention.

“We have to admit that the investigation is happening quite transparently, which in my view for Russia is very rare,” said Dyba, who is part of an unofficial working group trying to determine the cause of the disaster. “I think our work in making a big fuss about it played a big role.”

She also noted that the unofficial working group is getting support from all over the country.

“People from all over are sending us useful information,” she said. “Clearly this topic struck a chord. You can look at it as a local problem, but it’s also a burning issue for a lot of other regions in Russia.”

In recent years, Russians have begun to worry about ecological dangers.

In 2018, a poll conducted by the Presidential Human Rights Council found that respondents felt environmental safety was their right most often violated by authorities.

Last month, 22% of respondents to a poll published by the independent Levada Center pollster said the problem that most concerned them was the deteriorating environment — above rising prices, poverty and corruption.

And when Levada earlier this year asked respondents to identify humanity’s greatest threats in the 21st century, 48% named environmental pollution.

Part of this trend has been the near constant presence of some sort of ecological threat seen by Russians as having been caused by the authorities.

In the spring of 2018, a landfill just outside Moscow leaked toxic fumes that left over 50 children hospitalized. The authorities came up with a solution to send the capital’s waste north to a new dump near the Shiyes train station in the Arkhangelsk region. After two years of protests over pollution concerns, they finally decided against the plan in June.

After the responsible parties tried to hush up a massive oil spill earlier this year outside the Arctic city of Norilsk, their actions drew even the ire of President Vladimir Putin.

Yekaterina Schulmann, a political scientist, said governors have learned from recent protests over ecological concerns. She pointed to the fact that Putin fired three governors over the course of the Shiyes protests.

She also highlighted a protest this summer, over the building of a mine at a “sacred” hill in the republic of Bashkortostan called Kushtau. This time, after two weeks of clashes with local security officers, the governor stepped in and halted construction.

“If we put these three cases in a chronological timeline — Shiyes, Kushtau, Kamchatka — the amount of time locals have had to protest has declined,” Schulmann said.

Adding that the willingness to protest is rising, Schulmann noted that ecological topics are still seen as non-political, so people feel less of a risk in speaking out over this issue.

“This is one of the most important topics for Russians,” she said. 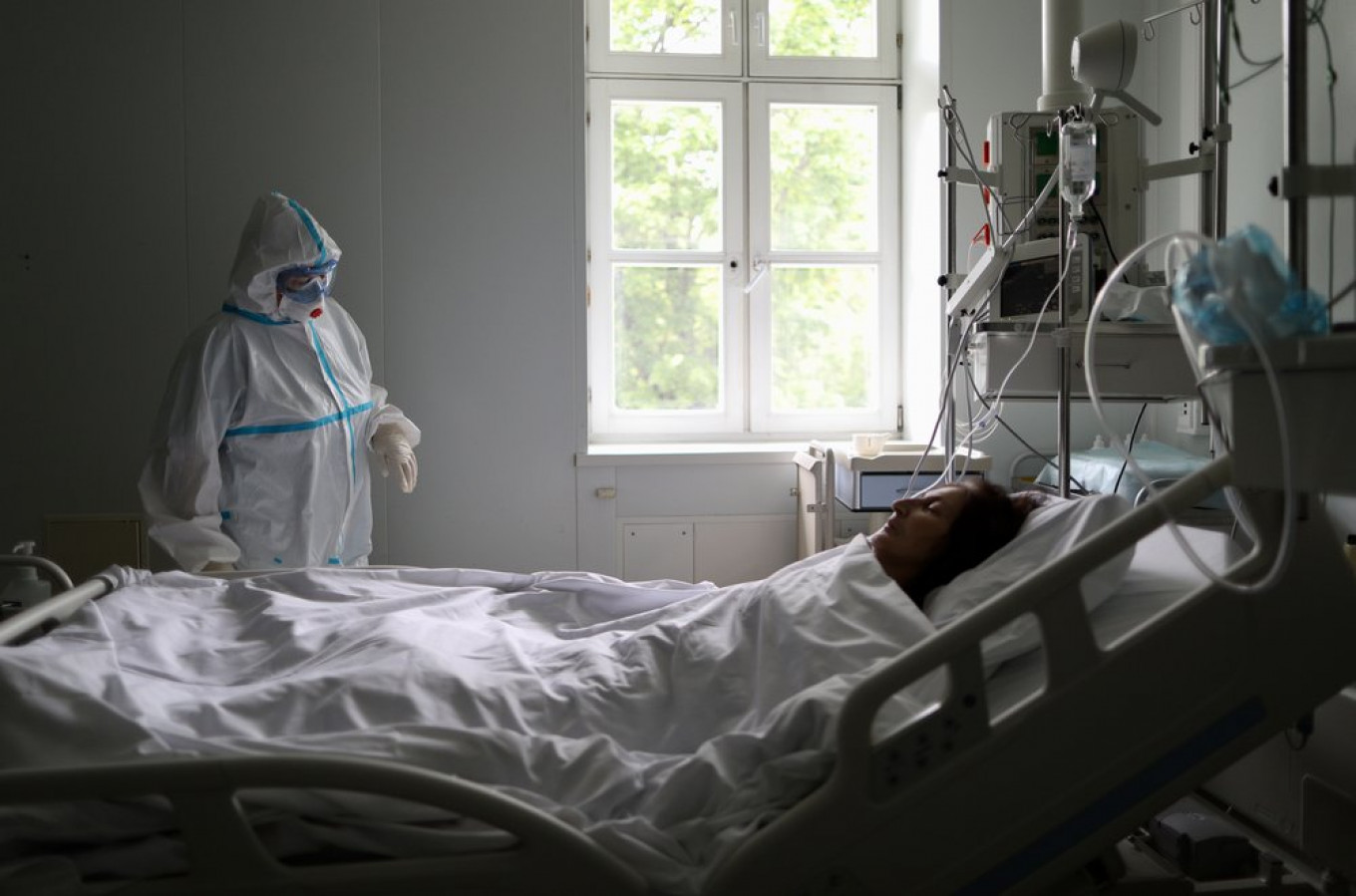 Coronavirus in Russia: The Latest News | June 5 – The Moscow Times 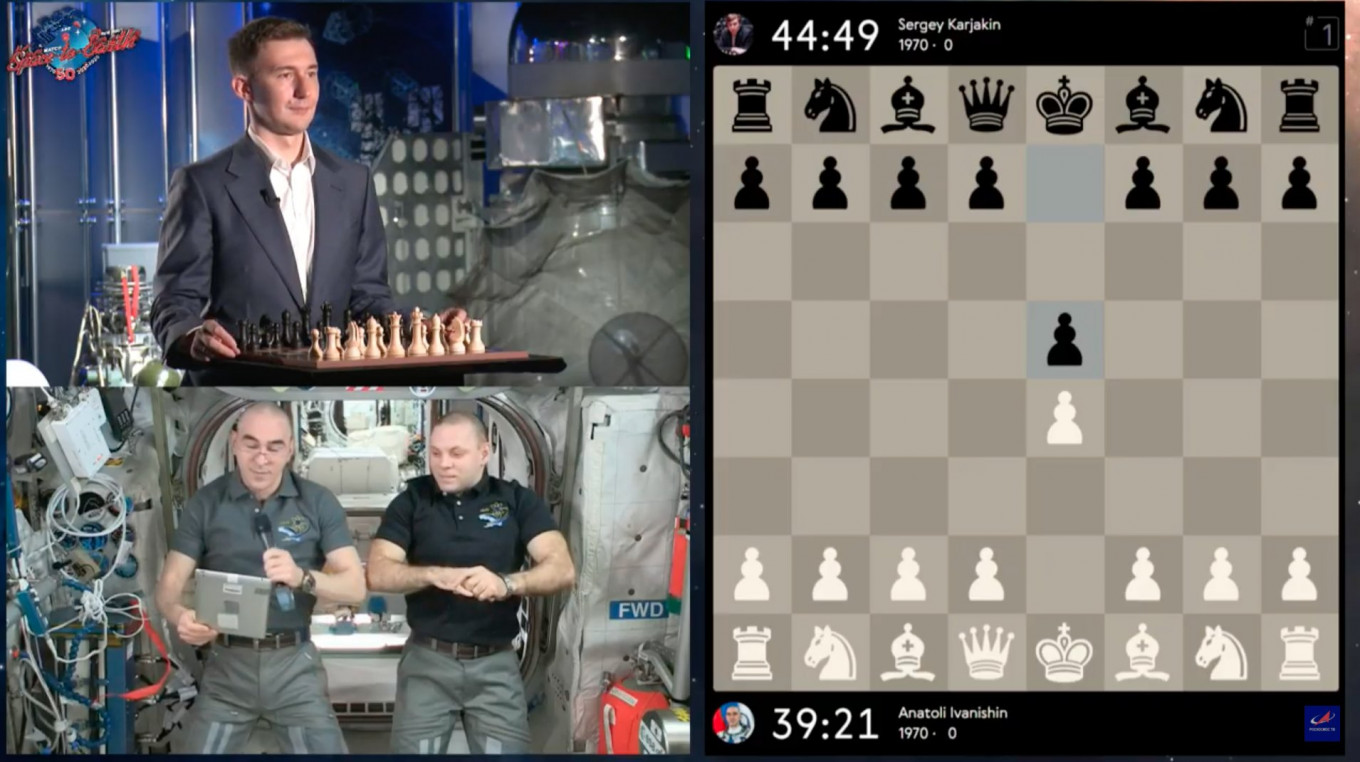 From Space, Russian Cosmonauts Fight Chess Grandmaster to a Draw – The Moscow Times